I was born and brought up in South India – our food culture definitely has a strong influence from the colonials.

Kerala was renowned as a spice port for centuries and spice traders frequented the Malabar Coast for the so-called Black Gold (pepper). They all left their mark on the food history of Kerala, especially the colonials!

British rulers, traders and missionaries lived in their bungalows near the seaports and up in the cooler hills for decades, and their food was cooked mostly by local chefs. They were trained by their ‘Madams’ to make breads, cakes, pastries and western dishes.

Those chefs or cooks recreated these western dishes using local ingredients and spices. This Ishtoo or stew is one among them. The cooking methods and vegetables are very similar to the ones brought to India by the colonials. I believe this dish is a Keralan adaptation of the simple white stew cooked in Europe.

Coconut milk is used instead of milk or stock as a base, with aromatics and fragrant spices added to the sauce along with the vegetables and meat to suit the palate of the locals. A simple roux made by mixing plain flour with coconut cream is added towards the end to thicken the sauce, which is a very uncommon practice in the traditional cooking.

It is a fact that Ishtoo is defiantly one of the most popular dishes in Kerala, and it wonderfully complements traditional rice breads, such as the famous Appam. 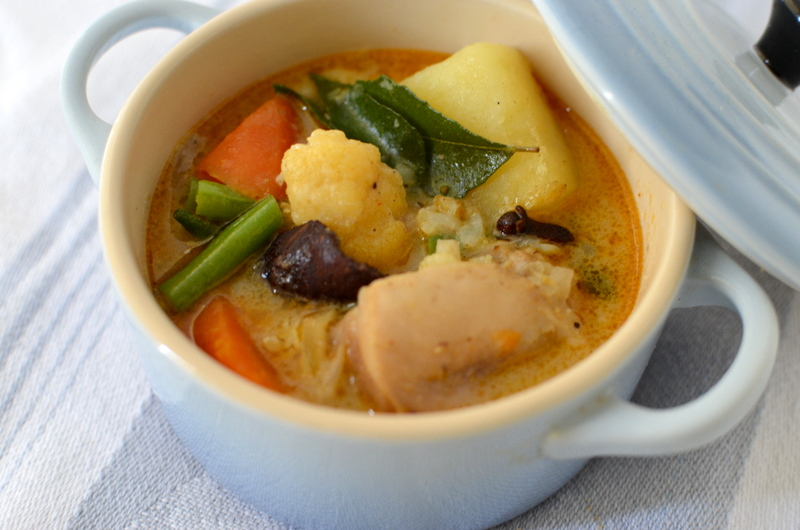