Leeks – One of my favourite vegetables!

Even though they are available all year around in England they are at their best from September to March. They are delicate and bursting with flavour during this time of the year.

Leeks, like garlic and onions, belong to the vegetable family called Alluvium Vegetables. They contain many of the same beneficial health promoting vitamins, minerals and antioxidants as their Alluviam cousins and they are a good source of dietary fibre. 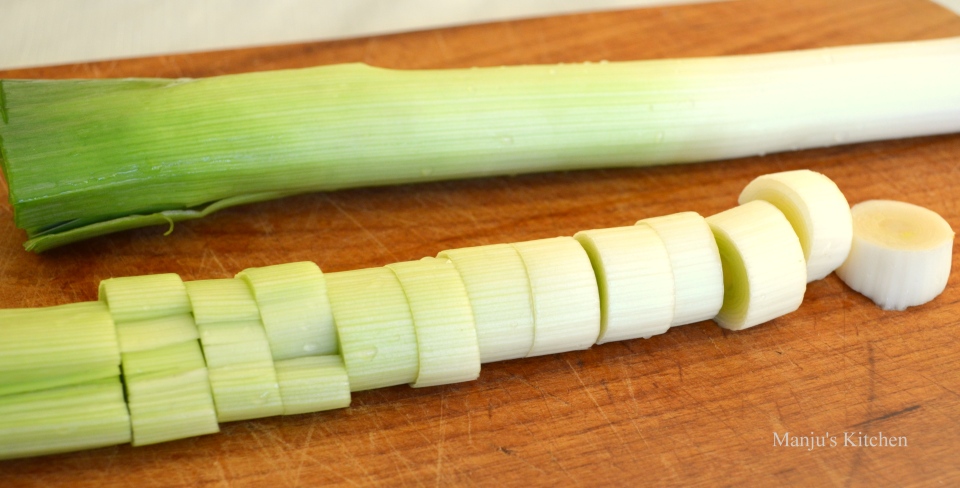 When it comes to preparing them for cooking, it takes a little bit of time but is worth the effort. Two thirds of their length is white and firm, and this is the part that is mainly used. The other third is made up of leaves, most of which is discarded because they are quite tough compared to the white part. (But if you do not want to throw them away, they are great for flavour stocks.)

Since soil is often trapped between layers of leaves, washing is very important when it comes to leeks. First trim off the roots, cut off the top green leaves and then remove the tough outer layer from the whole leek. Use a knife to make a slit from the top, where the leaves have been cut off, to the point where the green meets the white. Rinse well under running water, pulling back the layers so that all the soil from the base is removed.

They taste quite strong and harsh when they are raw but when cooked the flavour turns sweet and delicate.

Leeks are very versatile and work well cooked in various ways. I use them a lot in everyday cooking – stir-fried with meat and seafood, chopped and added to fried rice, or in soups like this leek and potato soup.  This classic soup is made in my own simple way….. 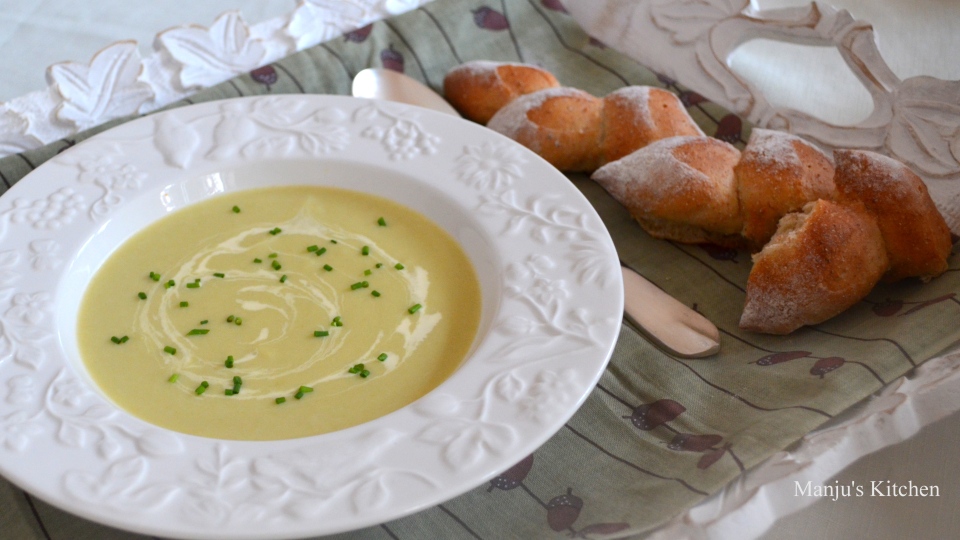 2 thoughts on “Leek and potato soup”