This is another bread recipe which I picked up while I was living in Japan.

Delicate and silky rich bread dough is combined with vanilla custard (pastry) cream in this recipe. The sweet bread dough is made into small balls, rolled into an oval shape and then filled with cooled custard cream before baking it to a golden colour. Even though it is considered a snack-bread, it is definitely worth serving for breakfast. 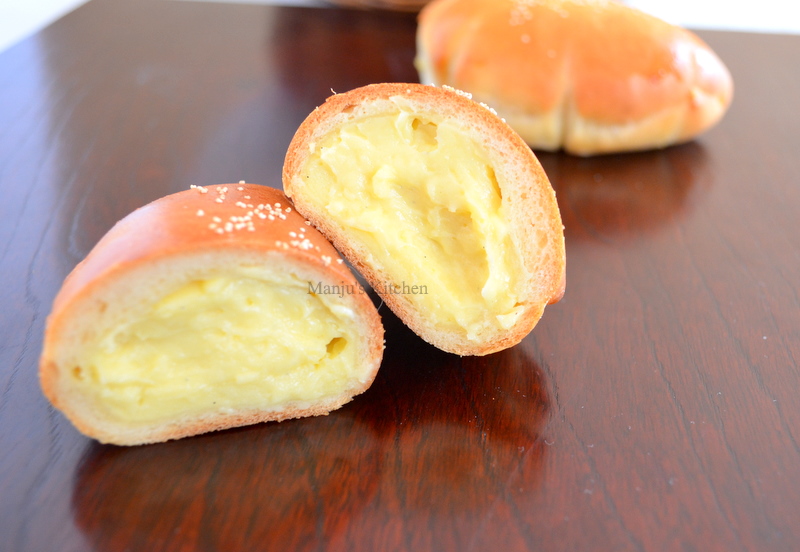